Dark Vortex, earlier known as scriptdotsh.com from 2018 to 2019 started off as an offensive security blogging site, until late 2020 when Chetan decided to release Brute Ratel Command and Control Center and started providing Security Training Programs.

For any enquiries on training services or other queries, reach us at paranoidninja@0xdarkvortex.dev

For Brute Ratel support, reach us at chetan@bruteratel.com 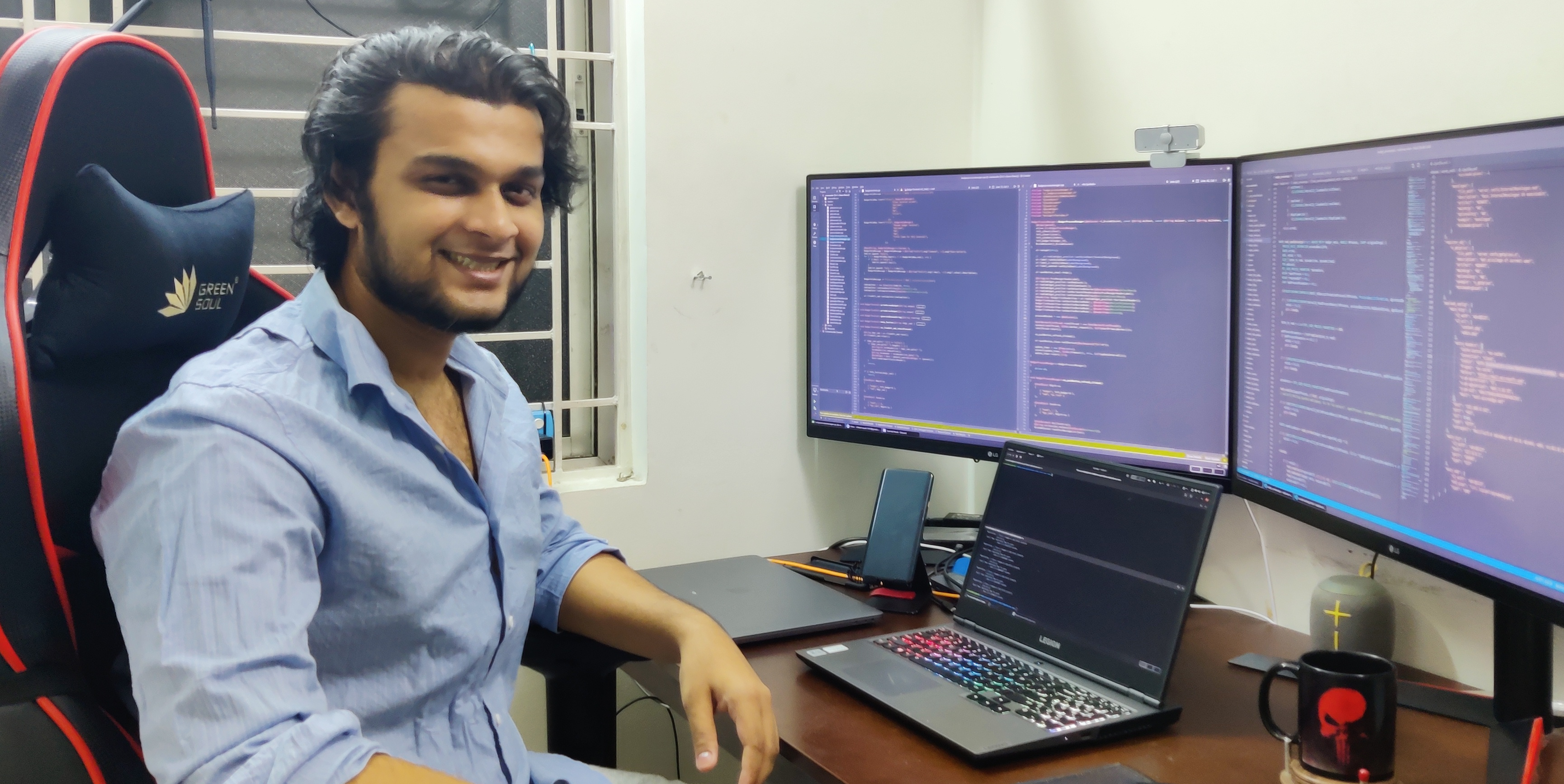 Chetan Nayak has 9+ years of experience in Information Security. He started off as a Linux Engineer. During his tenure as a linux engineer, he started learning a lot of programming languages out of interest. After 3 years of serving as a Linux L3 Systems Engineer, Chetan started working as a freelancer for providing trainings on Cyber Security and various programming languages. He later moved to Network Intelligence in 2016 where he was working as Senior Researcher and Developer. He built an EDR platform during his tenure in the RND department, using ELK stack, a Custom Kernel Mode Device Driver for windows API hooking and a Service in C for responding to incidents. In early 2018, Chetan moved to the consulting department where he performed several compromise assessments and Red Team engagements. In early 2019, Chetan joined the Mandiant division of FireEye as a Senior Red Team Consultant. He performed several Red Team engagements, pentests and Adversary Simulation till late 2020. Chetan left FireEye in 2020 in pursuit of building his own Brute Ratel Command and Control Center with the aim of building a C2 which can support quick development of plugins while using the latest techniques to evade EDR detections. He released the tool in December 2020 and then joined CrowdStrike as Senior Red Team Engineer and works on finding and patching detection gaps and building offensive tools. Chetan’s core interest lies in Red team, Offensive Dev and Active directory exploitation. 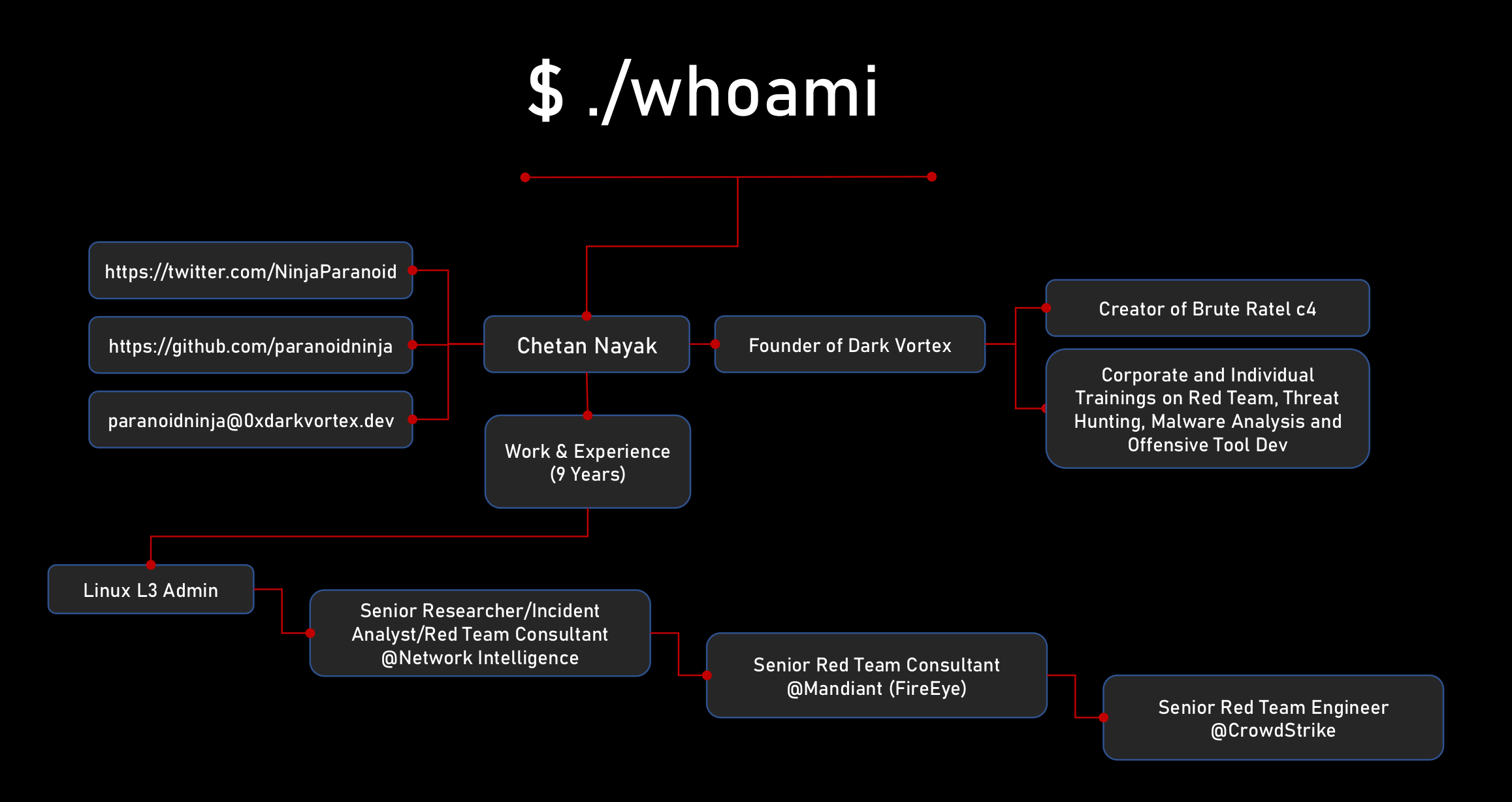